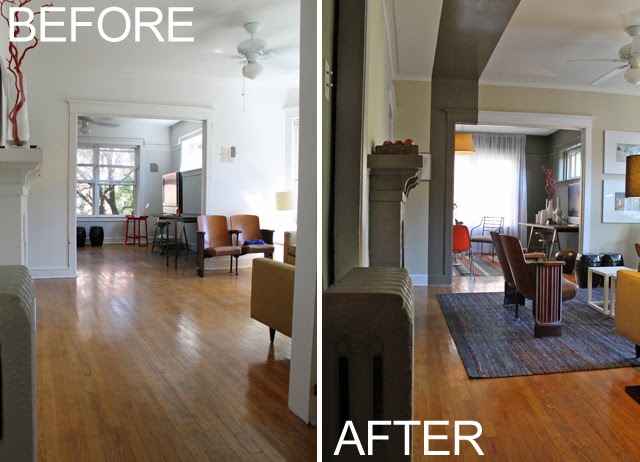 My friend David has an undeniable flare for drama when it comes to interiors. I've often walked into the apartments he has decorated and marveled at the bold design choices. Whether it's in one of his own apartments or those of his friends and clients, David can take a plain old space and turn it into a work of art. For his latest project, David invited me to snap photos of the apartment as it looked when he took possession. Then, just two weeks later, I went back to shoot the apartment after David gave it his dramatic designer touch. 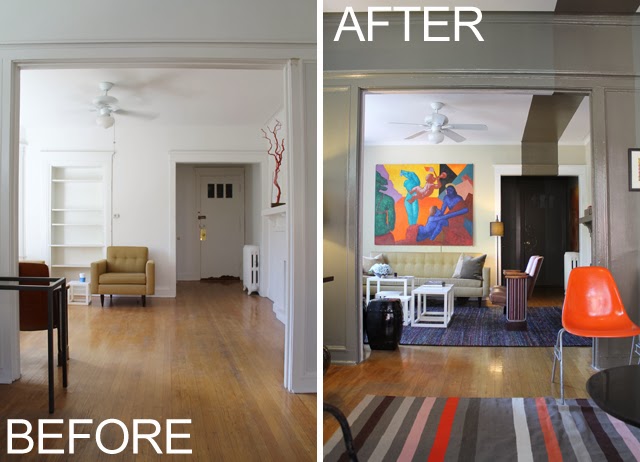 As you can see in the before photos, the apartment was your basic vintage Chicago rental. White walls, hardwood floors and years and years of chipped paint and odd wiring snaking up the walls. As someone pointed out when I posted one of the before photos on Instagram, the apartment has good bones. Like any supermodel, it takes a little dressing up to make those good bones really beautiful. 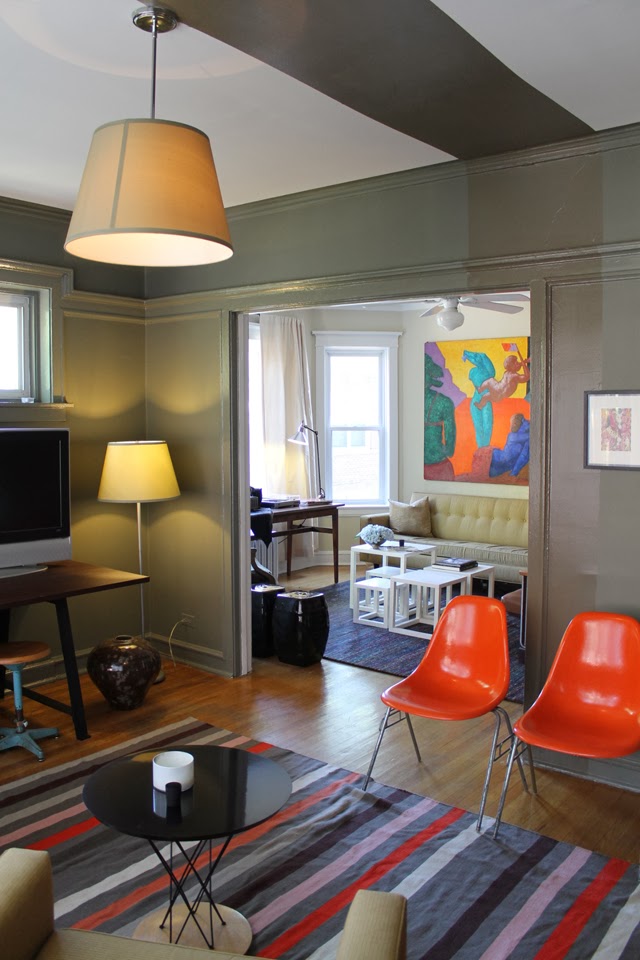 The biggest change to the space came from a few cans of paint. In addition to changing the wall colors and painting the fireplace, David added a big, bold stripe that runs the length of the apartment. As you enter the front door, your eye is instantly drawn to the stripe. It's a very clever visual treat. Your immediate instinct is to look up at the stripe on the ceiling and then follow it as it trails through the apartment and down the wall. Oh the drama! 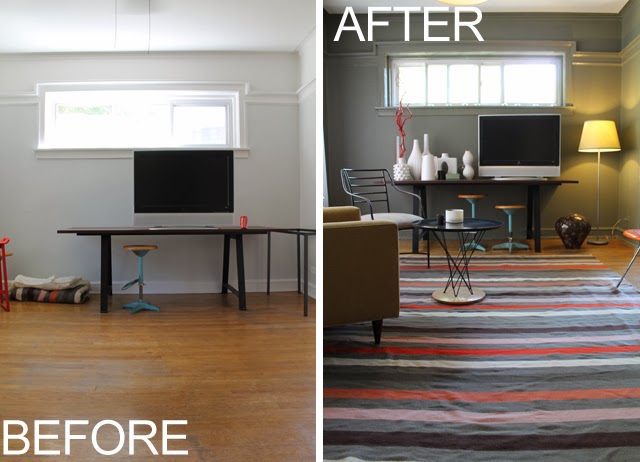 In addition to new paint, David covered up the "built-in" bookcase in the living room. I put built-in in quotes because it's not original to the space. At one time, long, long ago, there was a Murphy bed contraption in that space. At some point, the beds were pulled out of these apartment and these bookshelves were built in their place. By covering up the shelves, David was able to reclaim that wall. 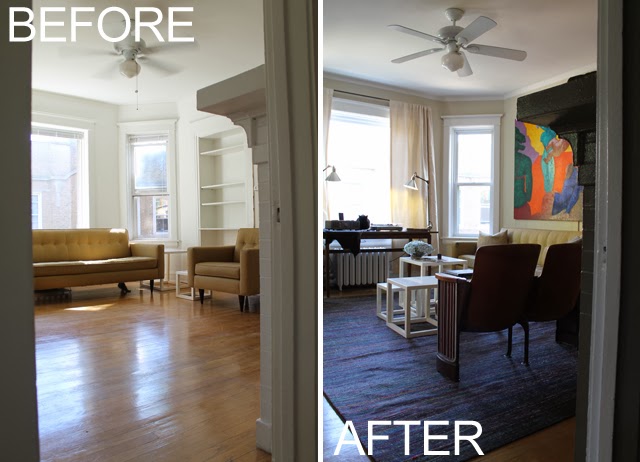 Other than the new paint colors, David worked with existing furniture and accessories to outfit the apartment. He used a mix of new and vintage pieces to create two separate sitting areas. He also combined two old light fixtures to create a new light for the little den/dining room. All told, the makeover only cost a couple hundred bucks, most of which expense was for paint. The makeover is only about 75% complete - there's still a bedroom, kitchen and bathroom to get the magic touch.

Thanks for the peek into your process, David. I'm excited to come back and see how the rest of the apartment comes together.

More David Hopkins from around the web:

Images: Jason Loper
Posted by Unknown at 8:58 AM Labels: dapper before and after, dapper home
Email ThisBlogThis!Share to TwitterShare to FacebookShare to Pinterest