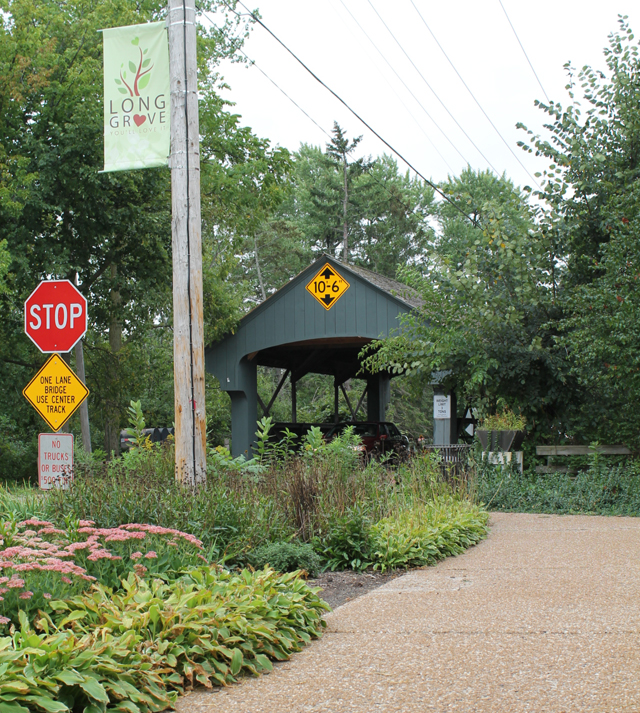 This is turning into my summer of covered bridges. After stumbling upon the Cumberland Covered Bridge in Mathews, Indiana, I discovered another bridge this weekend. This time the bridge is in a suburb of Chicago. While the covered bridge in Long Grove is somewhat historic, it's also a bit newer. 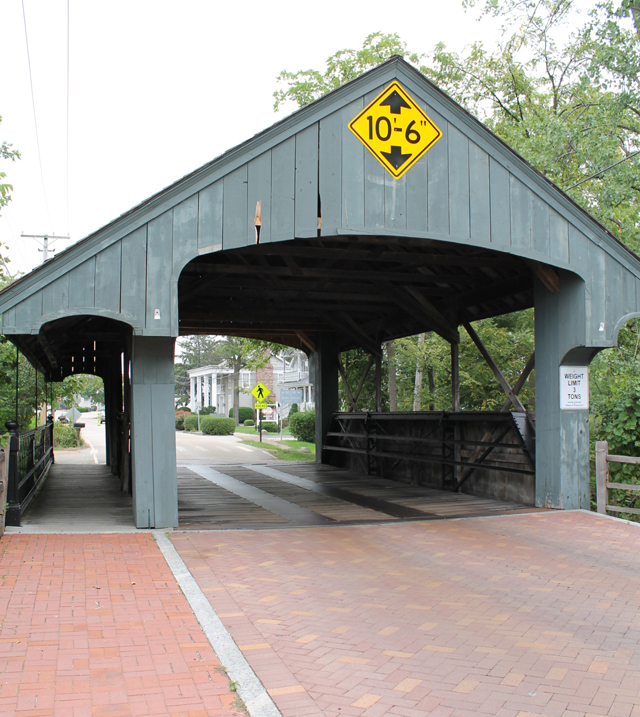 The thing about living in Chicago for 16 years is that at some point I stopped being an urban explorer. When I first moved here I would set out on walks/rides/drives and discover new territory. When a city is fresh and foreign, every turn of the corner seems to lead to a new discovery. My parents were visiting me in Chicago this week so that gave me an excuse to do a little local sightseeing. 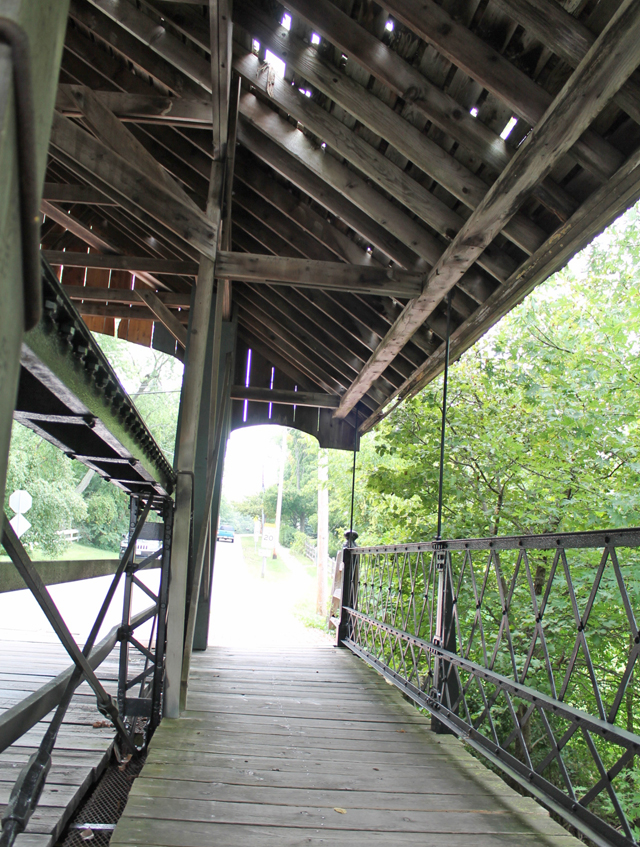 We drove 35 miles west of Chicago to Long Grove, Illinois, attracted by the promise of old world charm and unique architecture. While the town itself was a bit disappointing, we did come across this covered bridge. It's a single lane bridge that spans the Buffalo Creek on Robert Parker Coffin Road. The iron-truss bridge was built in the 1902 but the cover wasn't added until the 1970's. So while it's not quite as historic as the Cumberland, it is quite old. Or, well, part of it is anyway. 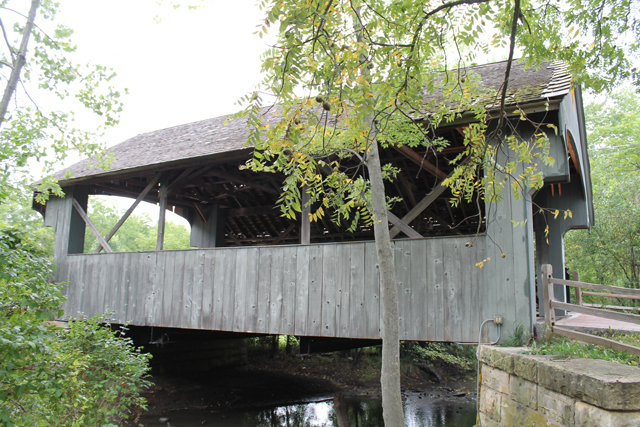 According to a December 2011 Sun-Times article, the bridge was facing major funding issues. The town has been enduring budget shortfalls and the bridge will likely need ongoing repair and maintenance that they're not sure they'll be able to afford. While we were walking around the bridge I could identify some parts of it that had clearly seen some upgrades so perhaps Long Grove has solved their budget issues. Judging by how few people were in the shops in Long Grove, however, I doubt that is the case. 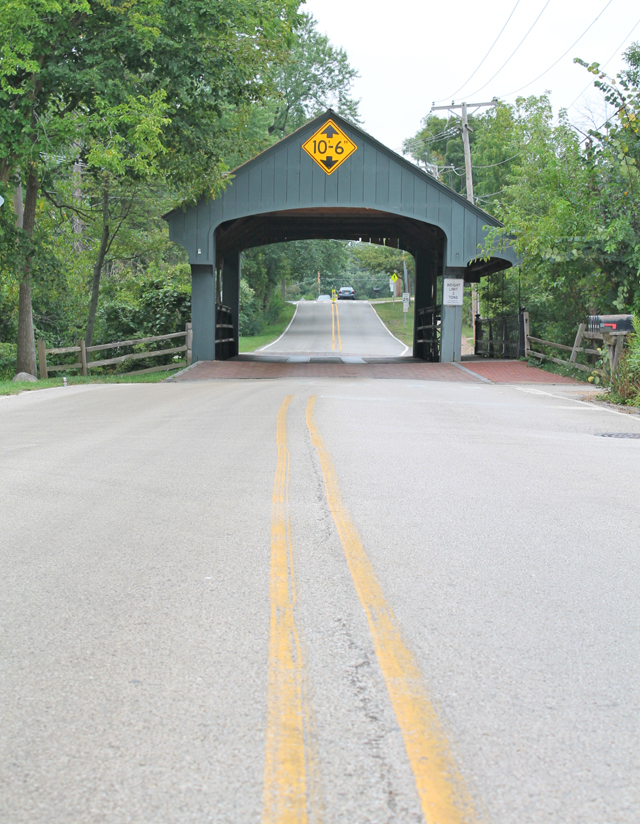 If you find yourself in the Long Grove area, the bridge is definitely worth a look. While you're there, try to spend a couple bucks in the local shops to help bring those crucial sales tax dollars to the Village and keep the covered bridge alive. Check out the Long Grove website for more information on shopping and other activities in town.

Image: Jason Loper
Posted by Unknown at 11:02 AM Labels: dapper travels
Email ThisBlogThis!Share to TwitterShare to FacebookShare to Pinterest