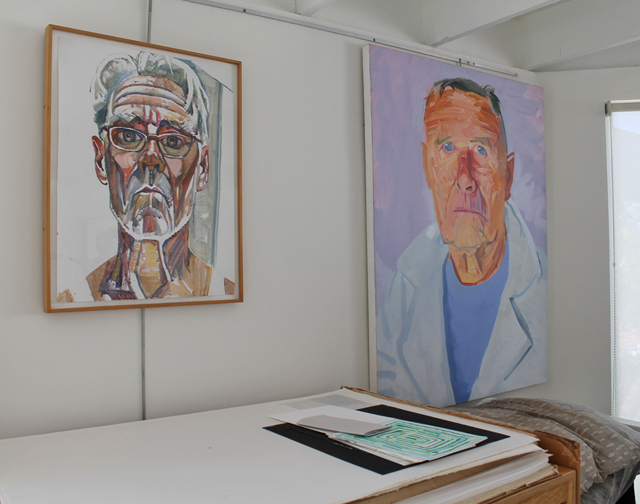 Captain Dapper is inspired by artists and their studios.

While I was in California last month, I had the great fortune of visiting the home and studio of portrait painter Don Bachardy. I first learned about Don and his amazing portraits when I saw the 2007 documentary Chris & Don: A Love Story. While the film focused mostly on Don's relationship with famed author Christopher Isherwood, remarkable for the 30-year age difference between the men, it also showcased Don's portrait work. 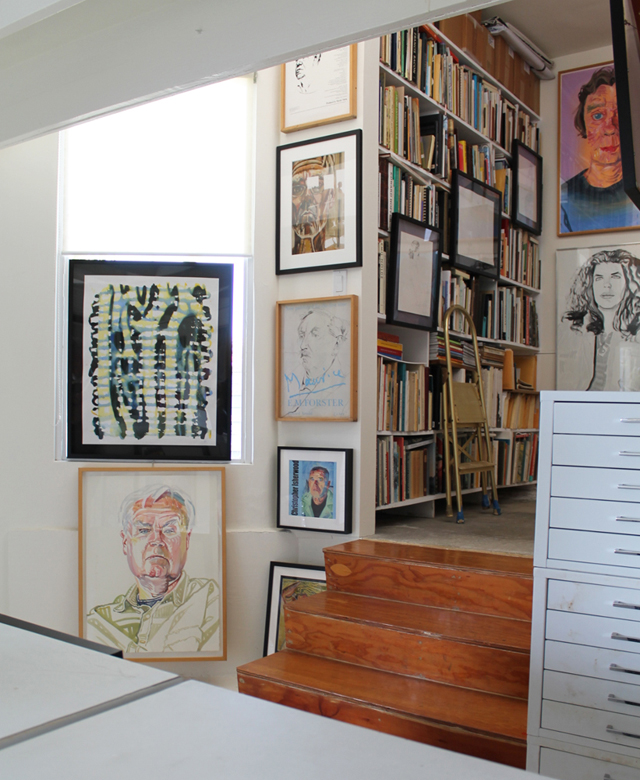 Don Bachardy readily admits that he has Christopher Isherwood to thank for his long career as a portrait artist. Don was just 18 when he started dating the 48-year-old Isherwood. I don't know about you but when I was 18, I had no idea what I was doing. Neither did Don. He was enrolled at UCLA studying languages because, as Don says, he couldn't think of anything else. Don had always been artistic even as a child. In his grammar school years he would draw portraits of his classmates. Later, he would use photographs of movie stars as his models. When they first connected, Don shared some of these portraits with Chris, who encouraged him to try drawing live models. To get Don started, Chris agreed to be his first sitting. 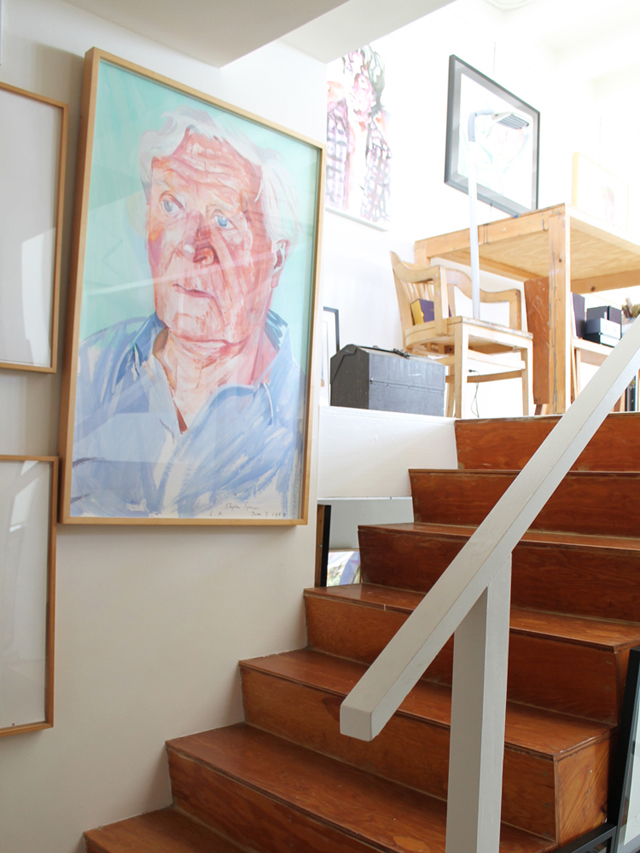 Soon after that first sitting with Isherwood, Don enrolled in a six week course at Chouinard. Within a week, Don dropped out of UCLA and enrolled in Chouinard full time. Using Isherwood's Hollywood connections, Don soon found himself creating portraits of celebrities. In his book, Stars in My Eyes, Don details his many adventures traveling to meet celebrities in their homes and hotel rooms to create their portraits. These days, most of his subjects come to his Santa Monica home studio for their sittings. 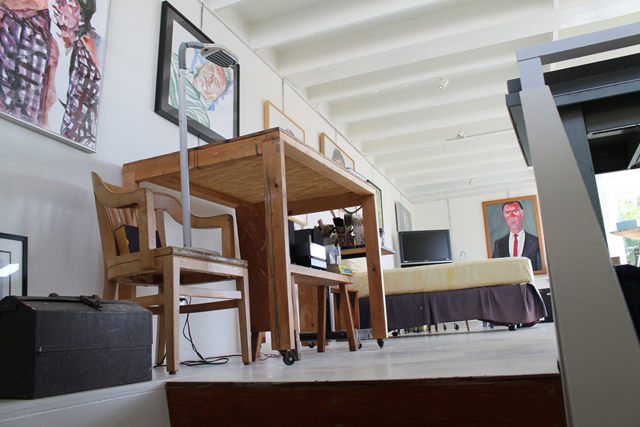 High atop a hill with an enviable view of the ocean, Don's studio is a light-filled two level extension of the main house. The first floor houses Don's collection of portraits, organized by date in flat file cabinets. Over his long career as an artist, Don has produced thousands and thousands of portraits of famous and non-famous alike, most housed in these flat files. 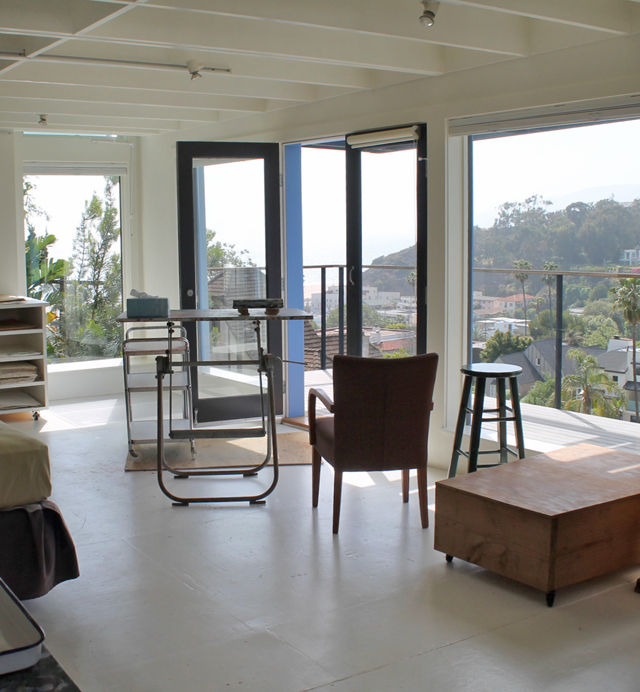 The top level of the studio is where the artist creates his masterpieces. As far as artist studios go, this has to be on of the most beautifully located I've ever seen. As you can see in the photo above, the windows of the upper level afford practically unobstructed views of the ocean. They also allow ample sunlight to fill the white washed room. 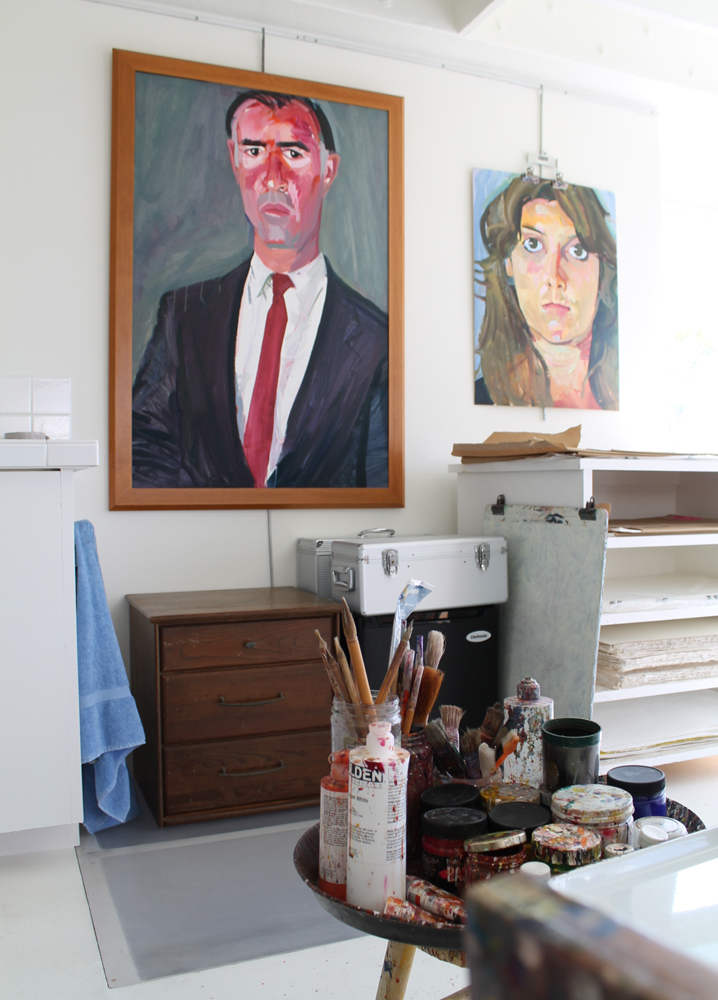 One of Don's most famous, and often criticized works, is his portrait of California governor Jerry Brown. I was absolutely delighted to see a version of it hanging in the studio. I was also delighted to come across the new Justin Timberlake CD sitting beside an old paint splattered telephone. Studio music for loosening up his subjects maybe? 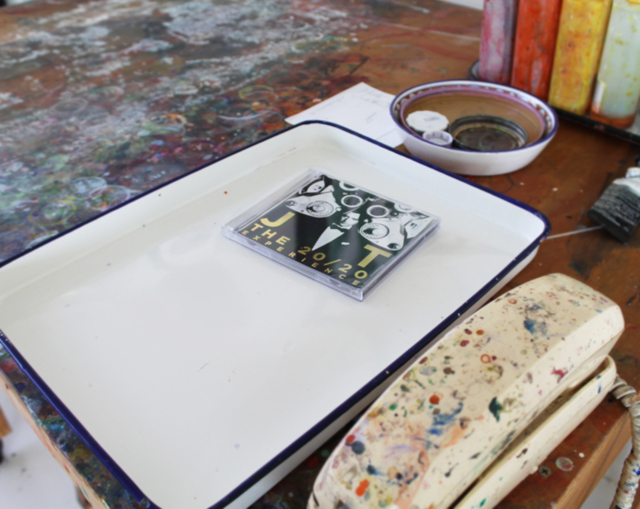 Don sat down for a full interview with me and my husband during our visit. In the coming days I'll put together a second post with more photos and our Q&A. Stay tuned!

Images: Jason Loper
Posted by Unknown at 8:41 AM Labels: dapper home
Email ThisBlogThis!Share to TwitterShare to FacebookShare to Pinterest